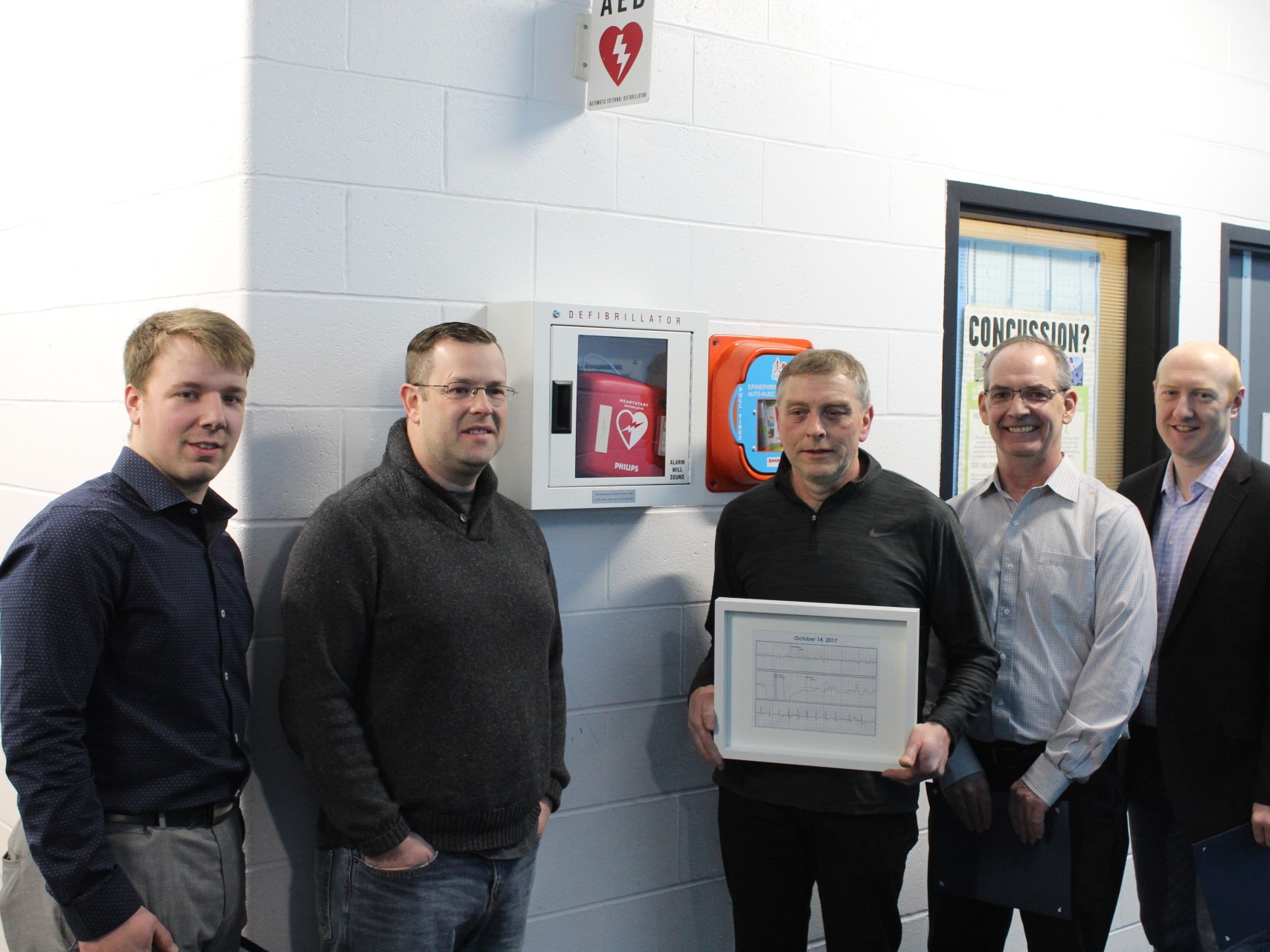 On Friday, February 16th, the Town of Quispamsis hosted the Cardiac Arrest Survivors’ Event held by Ambulance New Brunswick.  The event was held to recognize members of the public and first responders who were involved in saving the life of  Mark Carr. 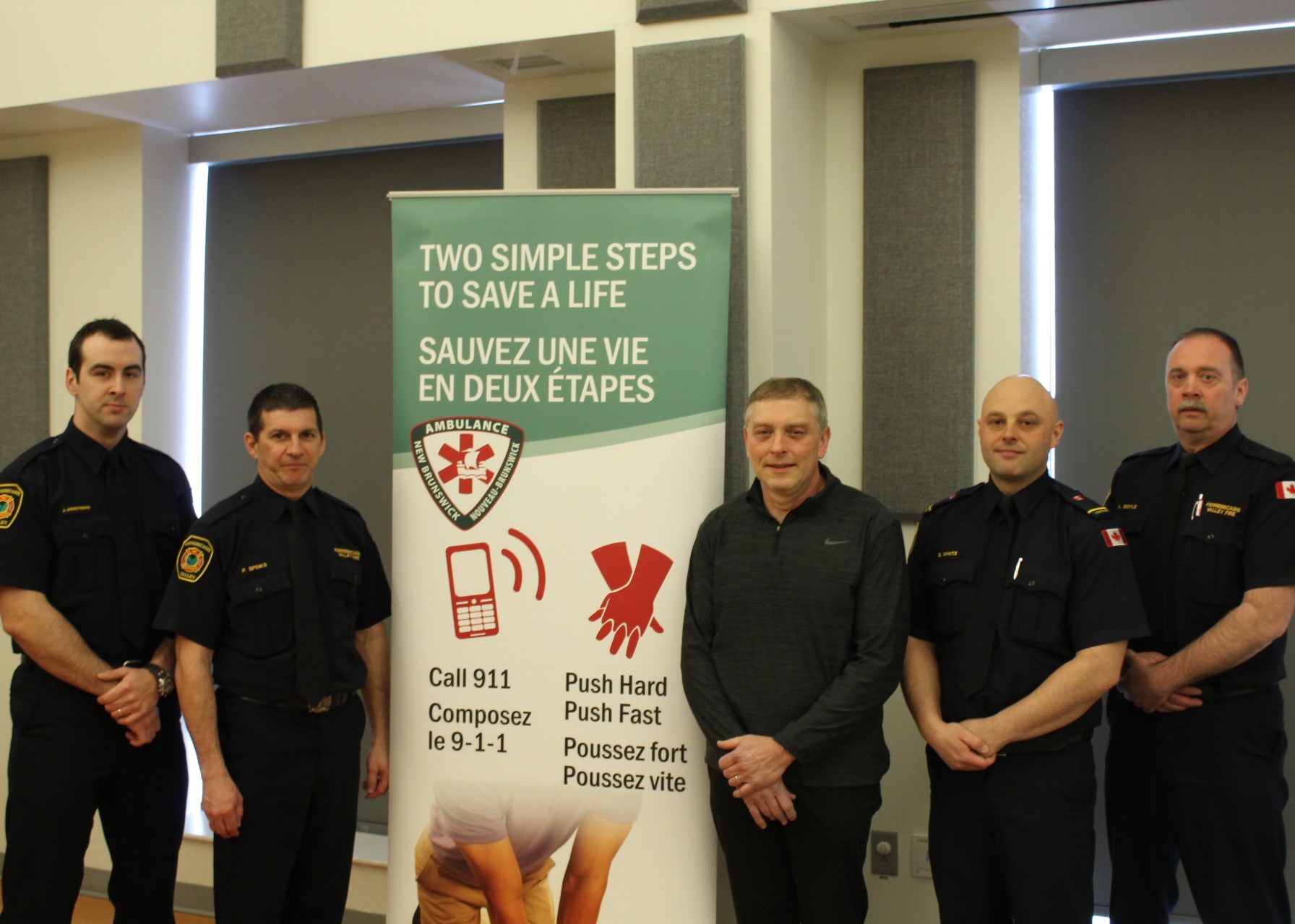 In October, Mark, a long-time paramedic himself,  was playing hockey at the QPlex in Quispamsis when he collapsed and went into cardiac arrest.  The quick action of his teammates starting CPR and using one of the Public Access Defibrillators at the QPlex saved his life.  Mark was treated and transported to the hospital by paramedics with assistance from our firefighters and officers from the Kennebecasis Regional Police.