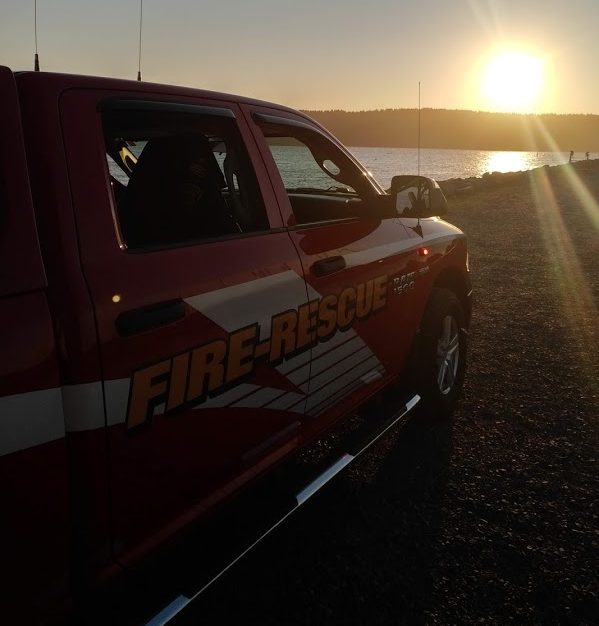 A prolonged and coordinated effort resulted in the rescue of a man and his dog from Long Island on Monday evening.  Just before 5 pm, the Kennebecasis Valley Fire Department was dispatched along with the Kingston Peninsula Fire Department and Coast Guard Inshore Rescue for a man stranded on Long Island near Ministers Face.  When crews arrived they noted the man was trapped approximately 75 feet above the water and that a rescue from above would be required.

The man had been hiking with his dog when it fell over a ledge and when he tried to rescue the dog, he fell approximately 30 feet himself and became trapped.

A high angle rescue team was sent by the Saint John Fire Department and after a rescue lasting over 3 hours involving members from all agencies the man was brought up from the cliff’s edge and brought back to shore in Rothesay by the Coast Guard.  He was assessed by Ambulance New Brunswick Paramedics however was not injured.  His dog was taken to the Atlantic Veterinary Hospital for treatment of its injuries.